A crowdfunding project for Packy & Botasky, the ultrarare figures from military action CG movie “CAT SHIT ONE”, will start! 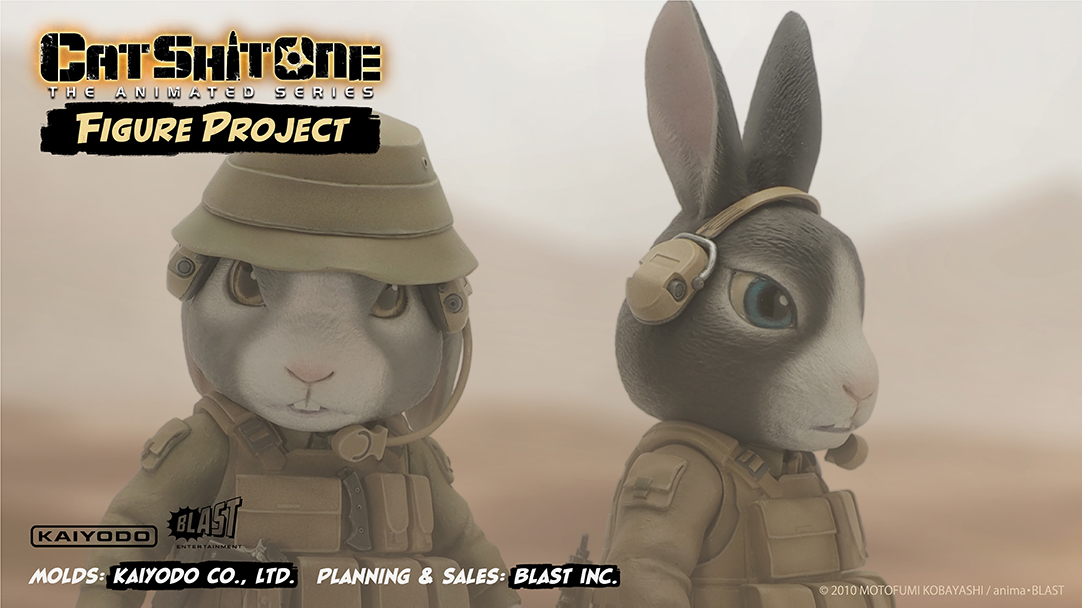 A crowdfunding project aiming at the re-release of the ultrarare Packy & Botasky figures from the universally acclaimed military action CG movie, “CAT SHIT ONE”, will start on March 4, 2020, Japan time!

BLAST Inc. (Head Office: 3331 Arts Chiyoda, 6-11-14 Sotokanda, Chiyoda-ku, Tokyo / Representative: Junya Okabe) announced that a Kickstarter project had been launched on March 4, 2020 (Wed) to crowdfund the re-release of the character figures from CAT SHIT ONE – THE ANIMATED SERIES – , a military action movie released in 2010.

《About CAT SHIT ONE》
The original comic, CAT SHIT ONE, is a Japanese manga by Motofumi Kobayashi, a renowned military manga artist.
The shocking imagery of fluffy bunnies clad in full military gears and engaged in combats, combined with the meticulous depiction of the battle scenes, became a hot topic.
ANIMA Inc. took charge of the CG art. Kazuya Sasahara, one of Japan’s top CG creators, directed the film. Producer Junya Okabe is also the director of the wildly popular ZVP (Zatoichi vs Predator), a short movie currently available on YouTube.

《The legendary figures produced in the quantity of only 100 in 2010 will be revived》
In 2010, the Packy and Botasky figures were distributed among a small circle of fans.
This time, we will not only sell the initial premier models again, but we will also build new molds from the original master models and thoroughly upgrade the products, including the materials and painting.
Don’t miss this one and only chance!

– Cold casting achieves a higher formative quality
Instead of PVC (vinyl chloride) used for the body in the initial production, we are planning to use cold-casting method for the body to reproduce the details and forms of the master models as closely as possible with high-quality materials. Firearms are made from synthetic resin to ensure durability.
The change in material has made it possible for the level of painting of the new figures to far surpass that of the previous figures.